Join EXPLOITED - CRIMES AGAINST HUMANITY as we explore the dark underworld of child pornography rings. It usually takes place in the dark web and the fast-changing new technologies make it hard to find. Who is the Pedophile? The average guy next door. People you would never expect -  teachers, businessmen, pastors, policemen and pediatricians.

By 2020 the entire world is expected to be connected to the internet. New technologies such as live streaming, cyber currency and anonymous sites in the dark web will change the lives of children everywhere. Today, massive child pornography rings have been found linked together in the dark web. Pedophiles sharing millions of images of violated children create a cyber community that reinforces their perverted fetishes. And now we have the beginning of cyber mob exploitation as children in third world countries are violated virtually and viewed by thousands half a world away.

Be sure to listen to Exploited - Crimes Against Humanity as we explore cutting-edge technologies and what it will mean in fighting exploitive crimes in the future. This is one show you will NOT want to miss!

Sex Trafficking is a global phenomena and it is mostly gang-driven. This week we will be looking at a brutal sex trafficking gang operating out of New Jersey that ensnared a 14-year-old runaway girl and forced her to have sex with up to 10 men a day. Another victim was held at gun point and often beaten. NEVER AGAIN should an innocent child be brutalized. Join with us to learn what YOU can do to stop child sex trafficking.

Police uncovered a national child sex ring covering 23 states and 60 victims -- many under age. These pimps were brutal monsters who groomed and broke the girls into compliance. We will explore the psychology of pimping.

How does a predator reach a child, seduce them so they can open the door to trust them, and then groom them so that they will become trapped in a world of exploitation? This segment examines the psychology of grooming based on Opal Singleton’s book, “Seduced: The Grooming of America’s Teenagers.”

Child sexual exploitation being live-streamed around the globe is a fast-growing global phenomena. Men sitting in the privacy of their own homes exploit children living in poverty struck countries. We will examine the technology that makes this possible.

We are in a unique time in history where literally millions of individuals are being uprooted and displaced. Most of these are good people, who are desperate, but easy prey for exploitation. 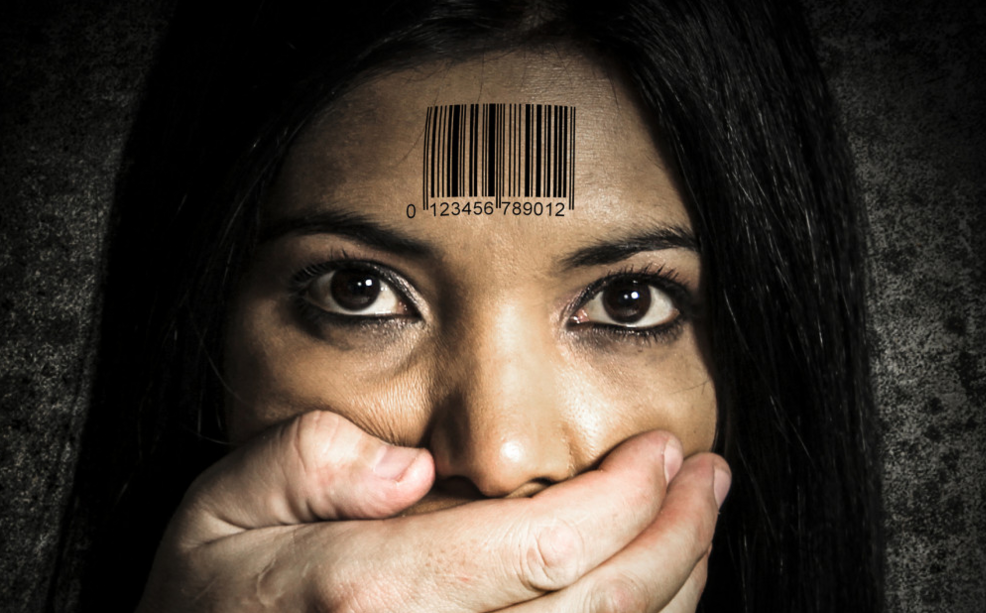 Gangs are making more money selling people than they are selling drugs in many cities. In fact in some US Cities, 90% of sex trafficking cases have a gang connection. This week’s show will explore some of the most violent and prolific gang sex trafficking cases including the Dog Pound Gang (Fresno, California), The Tycoon Gang (San Diego, California) , El Flaco and the South Florida Gang (Transnational Gang).

Gangs and multi state sex trafficking cases are some of the hardest cases for law enforcement to deal with. The level of brutality to the victim is often beyond comprehension. The rings are sophisticated, organized and violent. And, they are making millions of dollars by exploiting the most vulnerable. The victims are often young teenagers or foreign national women who cannot get free.  Join Exploited – Crimes Against Humanity and help us educate the public to recognize potential cases and provide the information necessary to help prevent and end this indescribable travesty.

This week on Exploited – Crimes Against Humanity we are going to explore sex and labor trafficking of males.

Trafficking involving males often does not get enough attention. Sometimes it is an adult male who is being exploited through labor and sex trafficking. Sometimes it is an unsuspecting teenage boy who is lured in through the promise of a modeling  job or a free iPhone. Sometimes boys are sextorted through relationships developed via apps like Grindr or video game chat rooms where they have bonded with their new friend. Sometimes it is “survival sex,” known as trading your body for food and shelter to have a place to stay. Research shows that over 60% of exploited males are heterosexual.

Episode 7: The Power of Fantasy in Grooming

Victims of sex trafficking are most often lured, groomed and controlled by pimps and predators. Pimping is not about sex. It is all about creating a facade. A dream. A Fantasy. Stimulating the want in the mind of a vulnerable person for something they don't currently have. We sometimes call that grooming.

This week's show is going to examine the power of the grooming process. Sometimes the smartest people are lured in. Sex and fantasy can be amazing or it can be a prison. How do you break the fantasy of a 15-year-old girl being groomed by a predator? She wants to believe with all her heart it is real, but you see the warning signs. This is a show every parent and grandparent should hear.

Episode 8: When Fantasy Turns to Nightmare​

This week we are going to continue to explore the intricacies of the grooming process and how predators use our own imaginations to ensnare the vulnerable.  Whether it is an adult male in Thailand, a single woman in Las Vegas, a sweet 14-year-old girl sending an Instagram or a teen boy obsessed with winning at World of Warcraft, no one is safe.

Predators are manipulators. What starts out as an innocent fantasy quickly ensnares the victim and they are powerless to get free. This show will delve deep into the abyss of human exploitation and the psychology behind blackmail, sextortion, forced labor and prostitution.

The Good News... Once you understand it. You can recognize it and help others so they won't be victimized. Join with us this week and educate yourself to become a LEADER in combating human exploitation.

EDUCATION is the key to combating EXPLOITATION. We need YOU to get informed and get INVOLVED!

There are an estimated 1.8 BILLION video game players in the world. In many ways, it is how our kids learn, communicate, and express themselves. Technology is not good or bad. It is how we choose to use it AND how we teach our young people to live in an electronic age to protect themselves from exploitation.

Your child’s innocence may be at stake! This week’s show will explore how pedophiles and predators use apps, chatrooms and games to access, groom, recruit and exploit young people. Gaming requires the player to maneuver between a world of fantasy and a world of reality and not become the prey. We will look at Pokemon Go, Minecraft, World of Warcraft, Black Ops, Grand Theft Auto V as we also talk about DIGITAL MORALITY.

Join us for a fascinating discussion you won’t hear anywhere else!

Episode 13: A Look At Human Trafficking in the Global Migration and Refugee Crisis in Europe and the Middle East  - and how that affects you as a U.S. Citizen

Millions of individuals around the globe have lost everything due to war, gangs and political unrest in Syria, Ukraine, Africa, and Latin and South America. Some have been forced out as their homes are bombed and others have chosen to find a way to escape gangs, cartels and ISIS through migration to keep their families safe. Families have been separated and reduced to the possessions on their back. Most have no income and millions are just trying to find a way to safety and stability. Women are especially vulnerable to rape and being forced into sex trafficking.

Our guest this week will be Dr. Skip Lanfried, the Global Freedom Pastor for Yorba Linda Friends Church. Dr. Lanfried just returned from visiting the refugee camps in Turkey, Jordan and Greece. He will share about some of the people he met, the challenge of dealing with gangs, and child exploitation in refugee camps. Dr. Lanfried will tell us the stories of real people, in real danger desperately trying to save their family from sex and labor exploitation. This will be a truly fascinating discussion as we attempt to fathom just how quickly a life can go from safety and success to complete destitution and annihilation.

Episode 4: The Most Likely Targets of Child Sex Trafficking and Exploitation

On this week’s  episode of Exploited – Crimes Against Humanity we will have a special guest. Dr. John DeGarmo wrote his dissertation on Responding to the Needs of Foster Children Face While in Rural Schools. He is the author of several foster care books and acts as a consultant to foster care agencies across the USA.

The most likely targets to become victims of child sex trafficking or exploitation are foster kids, homeless kids, runaway kids and pregnant teens. Statistics suggest that about 60% of young people in prostitution come from Foster Care. About 80% of Homeless kids come from Foster Care. And, it is believed that as many as 70% to 80% of young people who are involved in prostitution were previously sexually molested.

This week we are going to look at the psychology that predators use on vulnerable youth and how they are easy to groom and recruit. More importantly, we are going to discuss solutions and what CAN and SHOULD be done to address this issue.

The destabilization of the Middle East and parts of Africa have resulted in mass migration into Europe and other countries. Migrants from Latin and South America countries are pouring into the U.S. in record numbers and are often referred to as "Border Kids.” Gangs, Cartels and Organized Crime are making a fortune through sex and labor exploitation.

Join "Exploited - Crimes Against Humanity" this week as we examine how vulnerable individuals seeking a better life have been exploited or trafficked. More important, we will look at each case from the perspective of law enforcement, the victim and the perpetrator to understand how to recognize this crime, how to assist a victim, and how to report a case to help stop this travesty.

Welcome to Exploited Crimes Against Humanity, a global interactive internet community dedicated to educating against exploitation. This week we will analyze real cases of sex trafficking, sextortion, and how child pornographers use online gaming and the dark web to exploit and violate young people. There are always three sides to the story. The Predator, the Victim and Law Enforcement., Opal Singleton is your host and she has trained tens of thousands of government agencies, law enforcement, civic leaders, school administrators and faith based leaders on how to recognize human exploitation. Most important, learn what YOU can do about it. NEVER AGAIN should another child be violated., NEVER again should a parent anguish over a run away child. This show is designed to equip YOU and your friends to educate yourself, engage and get involved. It is powerful. It is Real. It is urgent.

This week on Exploited – Crimes Against Humanity: The Dark Web: Exposing The Predators Hiding Place. This show will prove to be one of the most thought-provoking programs you have heard.

What is the Dark Web? How do predators use it? Why is it important for you and your child to understand the world of illicit child pornography and how do we protect children from online exploitation?

Technology is advancing at the speed of light. While that means much good in most areas of our lives, it will change the nature of crime, crime investigation and prosecution today and in the future. This show explores child pornography, sextortion, cyber currency, and the challenges law enforcement face in isolating the criminal activity and what attorneys face in prosecuting cyber crimes in the U.S. and around the globe.  We hope you will join us so together we can say NEVER AGAIN should another human being be needlessly exploited!